Bridging the Chasm Between IT and the Business

People go to great lengths to explain how cloud computing is democratizing IT and enabling the end-users of technology to make some decisions themselves about what they use, how they use it and how quickly they can get set up. A plethora of enterprise vendors have got their start in

Appcara is an unfortunately named (considering the fact that Cloud Foundry creator, and Clouderati pin up boy Derek Collison’s new gig is called Apcera) company in the business of providing automation for cloud deployments. They use a modeling based approach towards designing and deploying cloud infrastructure. Appcara today announced an

On Cloud Outages (Yeah, They Happen)

Recently the world went wild when Amazon Web Services suffered an extended service outage. I’m not going to make a song and dance about AWS’ woes – suffice it to say that every provider, Cloud or otherwise, has outages. I will say that with Cloud Computing outages are more obvious than with traditional on-premise infrastructure. […]

We all, commentators, vendors and customers, need this cloud thing to happen safely and consistently. Dogmatic messages like these ones do nothing to increase the comfort level of prospective or actual cloud customers. Vendors, please stop it now. That is all.

The Big Opportunities in the Cloud

Recently I was invited to take part in a series of private briefings where large financial institutions sat down with one or two industry analysts to “pick their brains” about what they’re seeing as broad trend in the sector. In an attempt to democratize what could otherwise be information kept within a walled garden, I […]

Exciting news today from enStratus that they have joined the Dell Emerging Solutions Ecosystem to be the delivery mechanism for Dell OpenStack powered clouds. With the deal, enStratus will be used by Dell to deliver the following functions to OpenStack customers;   Deliver applications with consistent governance and automation Control budgets and security access […] 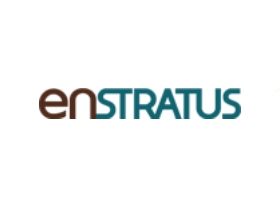 The Cloud Security Alliance (CSA) was formed to promote the use of best practices for providing security assurance within Cloud Computing, and provide education on the uses of Cloud Computing to help secure all other forms of computing. Yesterday, at the Black Hat USA 2010 Conference, CSA announced industry’s first certification program on secure cloud computing. CSA has been […]