SaaStr on CXO Talk: “At the Beginning It’s All Hustle and Chutzpah” – Video + Transcript

The other day as you may have seen Michael Krigsman from CXO Talk and I did an in-depth sessions about learnings about the next great generation of SaaS companies, and how they are scaling.  The video is embedded below and got 5k+ views just over the weekend so it seems to have hit some nerve. […]

Which Companies Dominate the “Internet of Things?”

The internet of things is still a very big area of discussion and exploration. The folks over at Appinions (an influencer marketing platform) put together an interesting list of companies that are having a huge impact on the internet of things industry. Based on their scoring system here is what they came up with.   […]

On the Cloud, and Me on Forbes

While at DreamForce I took the opportunity to sit down with the awesome Sarah Austin to film an interview talking about why I’m so excited about the convergence I’m seeing between a number of different trends – social networking, mobility, ubiquitous connectivity, generational shifts, the internet of things and the

Marc Benioff Has a New Job

Reporter for Forbes  Watch him interview TechCrunch’s Mike Arrington on the iPad. 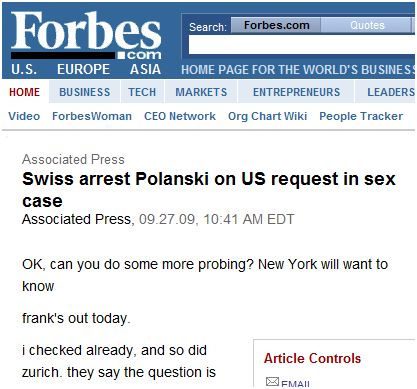