I think in the enterprise, in SaaS, it’s especially important you pick the right co-founders.  It’s a 7-10 year journey, after all.  In Consumer Internet, I guess so long as you hit it early, you can always get rid of Eduardo (as expensive as that may be), kick out the Sean Parkers, bring in the […]

Unfortunately, We (Probably) Have No Idea If Your SaaS Idea is Any Good

Here’s the thing in SaaS:  I appreciate you asking me.  But, honestly, generally speaking — I probably have no idea if your pre-launch SaaS idea is any good.  So no need even to show me any deck, any static demo, any mock-ups of your product-to-be.  Because I have no idea if it’s truly a great […] 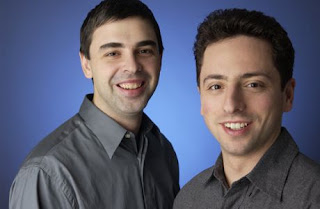 If Startup Success Is All About Luck, Why Aren't You Starting More Companies?

Another TC50, another set of startups, and just like clockwork, the haters will come out and troll the comment boards. “It’s all luck,” they’ll rant. “Founders are just lottery ticket winners.” What a load of crap. First of all, there’s nothing wrong with being lucky. I’d rather be lucky than good. As I’m fond of […]

Startup Lesson: How to Be Viral (Humor)

Here’s Michael Arrington’s favorite slide from the Things a VC Will Never Say slide-show.   But Not All VC’s Are Created Equal.  ( I think I should trademark this).  Some will actually tell you .. even better, they show what they mean by those buzzwords.  Here’s Mark Suster  and Paul Kedrosky explaining what viral spread […]