Rise Of Big Data On Cloud

Growing up as an engineer and as a programmer I was reminded every step along the way that resources—computing as well as memory—are scarce. The programs were designed on these constraints. Then the cloud revolution happened and we told people not to worry about scarce computing. We saw rise of MapReduce, Hadoop, and countless other […] 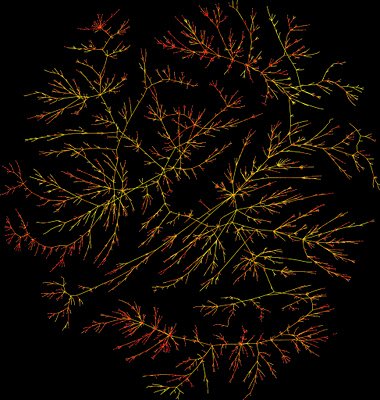 Coming To A Place Near You: A Private Cloud Spiked With Big Data

Netflix similarity map Yesterday, I moderated a couple of panels at the Big Data Cloud event. I have been a keynote speaker, panelist, moderator, and participant for many conferences in the last few years. It has always been a pleasure to see the cloud and big data becoming more and more mainstream. Here are my […]

Today, Cloudera announced a new $40m funding round to scale their sales and marketing efforts and a partnership with NetApp where NetApp will resell Cloudera’s Hadoop as part of their solution portfolio. These both announcements are critical to where the cloud and Big Data are headed. Big Data going mainstream: Hadoop and MapReduce are not […]