Tomorrow morning (lucky I checked – I had it in my calendar for the day after!), I’ve been asked to co-host a SaaS special on VoiceAmerica. Here’s the details from their site (and no – I didn’t suggest the “leading authority” part). Saas Special – The World’s TOP Experts! As noted at the recent 2.0 […] 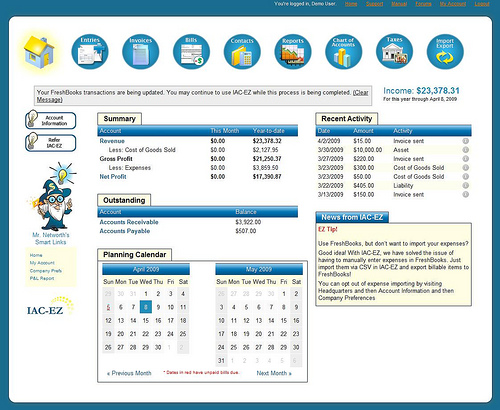 Heather Villa, CEO of IAC-EZ (review here) gave me a sneak preview of their latest release which is full of new functionality. There’s a few things that stood out for me that I’ll detail below. I talked about the changes with Heather who told me that they spent a lot of time looking at what […]