By Krishnan Subramanian on November 8, 2011

Yesterday Rackspace announced Rackspace Cloud Private Edition, a repackaging of their Cloud Builder services around the OpenStack product. If you want to hear a purely open source perspective on this move, I recommend you to read Christian Reilly’s article on the topic. However, I am going to approach the topic from the business strategy point […] 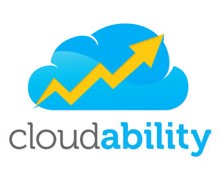 By Krishnan Subramanian on November 2, 2011

Cloudability, the Portland based startup, today opened up to public after staying in private beta since June. They launched in GigaOm’s Structure Conference this year and their SaaS offering is targeted towards cloud users who are worried about surprises in their next bill. Right now, their service is free and I am expecting them to […]