Intel, Rackspace, OpenStack, and a Cloud for All

I didn’t really get it, back in January 2014, when Intel, Amazon and others made a big noise about slapping the equivalent of an ‘Intel Inside’ sticker on your favourite cloud. Now they’re at it again, with the birth of a new ‘Cloud for All’ initiative, a nudge for OpenStack, and the promise that Intel and Rackspace […]

Intel CIO presents the path to #Rockstar IT

Most CIOs focus on buying technology and making it work in the enterprise. Although technology is the foundation of IT buying tools, delivering projects, and preventing system downtime do not create CIO greatness. More important than “feeds and speeds” is the CIO’s ability to drive strategic business goals such as increasing revenue, enabling innovation, and […]

Video: A Peek Into Intel IT

Intel, the portland based microprocessor vendor, is also a large enterprise IT user. They have large number of employees spread all over the world and they have various divisions including manufacturing. We thought it will be a good idea to talk to them and find out how they are leveraging cloud computing. As a part […]

Mid June will see me winging my way to New York City to attend Forecast 2012, a one day event arranged by the Open Data Center Alliance (ODCA). Forecast is touted as an opportunity to share knowledge and expertise through presentations, technical workgroups and the all important networking opportunities. I’ll be joined at Forecast by […]

What Happens in an Internet Minute

This infographic by Intel is making the rounds.  Staggering numbers, indeed. (Disclosure: Intel is a CloudAve Sponsor)

Last week I wrote about the value of repeat relationships in the venture capital and private equity business. I used the example of a portfolio company that recently raised capital from a firm we have worked with on a repeat-basis. I intentionally left out the investor’s name as well as the companies knowing that this […]

By Krishnan Subramanian on August 4, 2011

Intel (previous CloudAve coverage), the chipmaker with increasing focus on cloud computing, yesterday announced a $30M investment in research on the future of cloud and embedded computing. As a part of this investment, Intel will set up two Intel Science and Technology Centers (ISTC) at Carnege Mellon University, a leading research organization in the field of […] 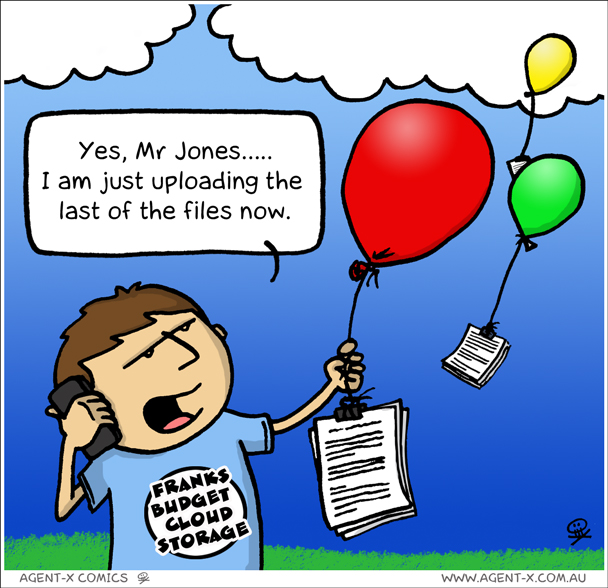 Cloud Computing for All Budgets

Previously we shared the secret to Budget Cloud Storage: Now, here’s the deluxe version of the same concept:   (Hat tip: Ben Kepes) P.S. No, it’s not a modified Karrar.

By Krishnan Subramanian on March 7, 2010

Here, at CloudAve, we highlight research leading to future technologies from time to time. Intel has announced an experimental single chip cloud computer. Imagine it to be something like a datacenter in a single chip. We are sharing it here for our readers.

Datacenter In A Processor – The Intel Magic

By Krishnan Subramanian on December 4, 2009

The chip maker Intel has announced a prototype for a new chip called Single-Chip Cloud Computer, a new prototype for many core computer currently in Intel Labs. It is an Intel Architecture (IA) computing engines integrated on a silicon CPU chip with 48 cores.The conventional wisdom predicts that the processors will stay put with a […]