Unicorpse and The Moral Hazard of Making Unicorns

We Sell the Ultimate Commodity – Money

Last month I participated in a panel discussion at Denver University organized by Maclyn (Mac) Clouse. Mac is a long-time educator and supporter Denver’s entrepreneurial community. I was joined by Peter Adams, Executive Director of the Rockies Venture Club. Mac’s setup for the discussion was “dangerous” because he offered both Peter and I the opportunity […]

Improv at the Office: Yes, and…

When I get really busy, I communicate less effectively. Truth is, I don’t listen as well, I get short in my responses and I cut off conversation prematurely, because I’m so focused on getting onto the next thing. I’m not proud of it, but it happens. The First Rule of Improv When I was in […]

Finding harmony between advice and self-interest

I just wrapped one of those calls where I had the opportunity to give advice to an entrepreneur that runs counter to my short-term interests. In this case, it is a story of a first-time entrepreneur who has built a $7 million revenue business and is wrestling with the decision whether to take growth capital […]

What is an entrepreneur to do when restrictive covenants become restrictive

What Entrepreneurs Can Learn From Peyton Manning

I’m not a huge football fan. But I do marvel at the drama of professional football. In particular, I admire what Peyton Manning has done for the Broncos the past two years. His individual contributions are well documented. But what I’ve been most impressed by is the positive impact he seems to have had on the […]

The fallacy of averages

A discussion with a portfolio company CFO  reminded me that statistics are a dangerous thing and averages are misleading. “There are three types of lies — lies, damn lies, and statistics.” Most businesses analyze their performance using overly simplistic tools. For an extreme example, imagine a scenario where the average customer produces monthly recurring revenue […]

You missed your numbers. Now what?

By now, you should know where you stand relative to your 2013 budget. Hopefully, you made it or beat it. For some, the finally tally will show a “miss to the downside”. When i say miss, I’m referring to performance against the original budget – the one you put together in December 2012. Performance against […]

One Surefire Way to Screw up Your Lifestyle Business

Why I’m Contrary on Compensation

When I was a teenager, I spent two summers working in a furniture manufacturing factory. The company, Steelcase, was (and still is) one of the largest office furniture manufacturers in the world. I worked in the binder-bin plant – a binder-bin is the cabinet that mounts on the back of your desk at about eye-level. […] 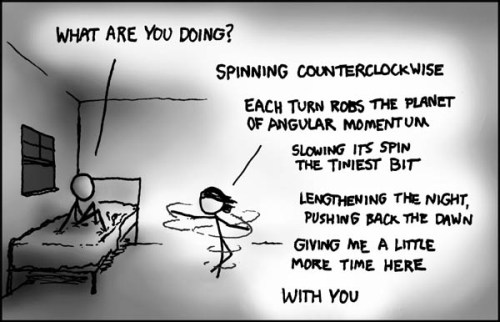 A meeting with an entrepreneur last Friday reminded me of the most frustrating and overused feedback entrepreneurs receive from VCs: Talk to me when you have “momentum”; or I need to see some “traction” first. With more and more VCs looking to make later stage investments, entrepreneurs are receiving this feedback more than ever. You can […]

Managing your Board; Give ‘em a job!

The math of SaaS revenue growth