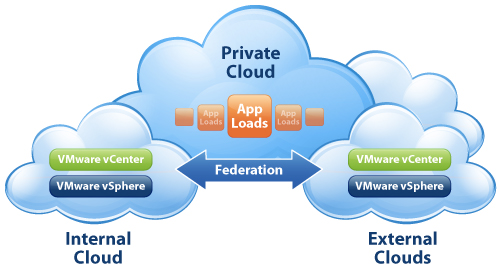 VMware (previous CloudAve coverage), the leader in virtualization space with some interesting cloud moves, recently announced Comprehensive Cloud Infrastructure Suite, a repackaged version of their offerings targeting the enterprise market and service providers. VMware has been struggling to get their cloud infrastructure services game going even though their PaaS and SaaS strategy are in strong […]

Some conversational threads are converging today: 1. In a discussion this morning, I talked through two sales models in the “e2.0″ space — one, wherein non-IT people sign up for accounts, and the vendor then approaches IT about signing up for a comprehensive license; one wherein, the vendor uses more traditional enterprise sales methods to […]