Venture capitalist Marc Andreessen recently did one of his tweetstorms on the topic of Bitcoin, a technology he avidly supports. In 25 tweets, he talked about criticisms people have of Bitcoin. Including this one (#18) about “use cases”: 18/The third critique I call the “innocent” one — “Are there enough sufficiently compelling uses cases for Bitcoin […]

What is the Right Burn Rate at a Startup Company?

I was reading Danielle Morrill’s blog post on whether one’s “Startup Burn Rate is Normal.” I highly recommend reading it. I love how transparently Danielle lives her startup (& encourages other to join in) because it provides much needed transparency to other startups. Danielle goes through some commentary from Bill Gurley, Fred Wilson and Marc […] 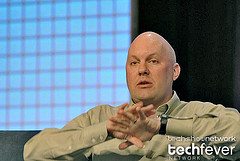