As you no doubt heard this week, Rackspace has announced the intention to focus on managed cloud.  Inevitably this brought observations from many about RAX, and others, ability to compete effectively against the web scale public cloud giants: Amazon, Microsoft, and Google. One of the commenters was Mike Kavis (twitter link), a long time cloud pundit […]

Amazon’s Cloud Price Reduction, A Desire To Compete Hard And Move Up The Value Chain 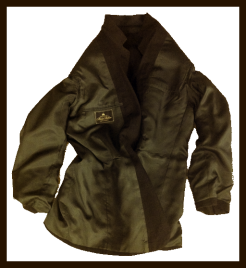 The Folly of Inside-Out Product Thinking

Inside out just doesn’t fit right Ever run into this deductive reasoning? Customers like our existing products and our company We are building a new product that reflects the priorities of a company executive Therefore, customers will like our new product It’s a clear violation of the First Law of Product: Customers decide what products they […]

I wrote about my first day of OSCON “OSCON : Day 1, Windows Just Doesn’t Do Cloud Foundry… but, there’s a fix for that…“. The rest of the week was most excellent. I caught up with friends and past coworkers. I heard about people working on some amazing new projects. Some things I will try […]

Regarding desktops, tablets, and smartphones – I am considering going pure Microsoft. That will mean two new mobile devices, and then switching to IE and Office 365. I will lose apps on my mobile devices and hinder my path to WebRTC. It will be a difficult transition. Why? It really boils down to two frustrations. […]

Is Microsoft doomed? I’ll let you know when Windows 10 comes out.

A lot of folks believe that the Microsoft empire is doomed, and that the rise of touchscreen computing and mobile devices will lead it its inevitable downfall. This may very well be true; it certainly is true that to date, Microsoft’s attempts to enter the touch and mobile markets have been poorly received. Yet much […]

I recently published the Googrilla in the Midst which posits that the influence and impact of Google Apps is largely underappreciated and untapped by the UC community. We are reasonably confident that the cloud in general, and Google Apps specifically, will continue to grow. We also are sure that UC and VoIP have a bright future and […]