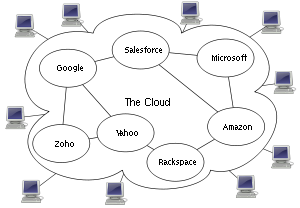 Some commentators in the field of Cloud Computing like to promote the idea that there will be a single (or a handful) monopoly player(s) in the Cloud infrastructure market. The biggest reason quoted to justify this claim is the high cost of building and maintaining the datacenters. The supporters of this school of thought argue that not many companies can […]

As people in US enter the long weekend of July 4th (independence day), we have something to ponder about the independence of SaaS users. Alistair Croll, writing on GigaOm, points us to the possibility of SaaS vendor lock-in as a result of network effects. Once a SaaS provider hits a certain size, secondary business models […]