This talk is so right, but could it be so wrong at the same time?

Just watch this, that’s all I have to say. Jason is so right about this topic. Here’s a few quotes to convince you.

“I’m going to talk about work, and why people can’t seem to get things done at work…”
“If you ask people the question, “where do you go when you really need to get something done?” you typically get three different types of answers; one is a kind of a place, a location or a room, another is a moving object, a third is a time…”
“The Train” < – That one caught my fancy, if you've ever talked to be about transit you know that one caught me… 🙂
"What you almost never hear people say is "the office""
"Managers and bosses will tell you the distractions at work are things like Facebook, Youtube…" "…and they'll go so far as to ban it…" "…what is this China?!"
"The real problem in the modern office is the M & Ms" < – Oh hell yeah, so very true.
"Manager's jobs are really to interrupt people…" "…they don't really do work so they have to interrupt you."
"You would never see a spontaneous meeting of employees, no, managers do that…"

Google Labs: Can I Have My Event Colors in Calendar, Please?

Google Labs is a blessing: it allows the creation of useful new features that otherwise would possibly take forever to add… the downside that by turning “labs” on we all agree to be guinea-pigs.  But there’s nothing new in that… The two Labs-related news today:  Google Tasks has graduated, it’s no longer a Lab feature, […]

My Take On Microsoft's Office On The Web

Tech pundits are going in full swing at Techmeme about the announcement by Microsoft that they will release a web based office along with Office 2010. Our own Zoli has written about it here. First, I was planning to do a post on it but decided against joining the echo chamber where my efforts will […]

Today, Google announced the support for docx and xlsx support for Google Docs. This is a big relief for the users as they are clamoring for the support of Office 2007 formats. Today, I’m happy to be able to answer their question: we’ve added .docx and .xlsx to the list of file formats that we […] 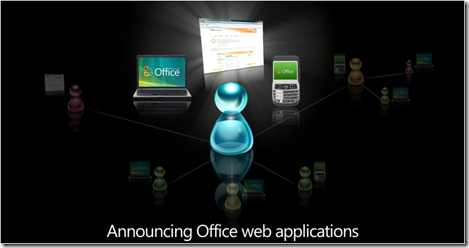