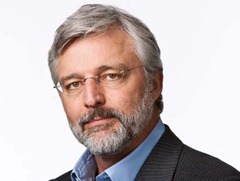 Ben and I attended NetSuite’s SuiteCloud Partner Conference last week (our NetSuite coverage here).  We both had a chance to meet CEO Zach Nelson several times: on-stage, at dinner, and a cozy small-group chat that included several Enterprise Irregulars.  Michael Krigsman of the IT Project Failures fame  recorded the entire conversation, and although it’s an […]

Talking with David Siegel about ‘Pull’ and the Semantic Web

Continuing my series of podcast conversations with interesting people, this week I spoke with David Siegel in New York. David is the author of several best-selling books, and has just published Pull: the power of the Semantic Web to transform your business [Amazon US] [Amazon UK].  Standard Podcast [57:47m]:  | Download We discuss the premise […]

A podcast conversation about GoodRelations, with Martin Hepp and Jamie Taylor

I recorded my latest Semantic Web-ish podcast last week, talking with Martin Hepp in Germany and Jamie Taylor in California. Our topic was GoodRelations, an ontology/vocabulary designed to enhance the clarity of descriptions of businesses and their products on the Web. As the GoodRelations site describes, “GoodRelations is a language that can be used to describe very […]

November’s episode of the Semantic Web Gang podcast, which I host, is now online.

Rackspace has been in the mainstream hosting business for over a decade, and was amongst early entrants into the utility computing market with the launch of Mosso back in 2006. Now rebranded as The Rackspace Cloud, the company’s Cloud Computing offering is one of the most widely used in the industry, probably sitting in second […]

Kepes in the Clouds (Sans Diamonds)

My fellow Editor, Ben is to modest to post it, so I will do it:  Due to the volume of listener response – including much Twitter discussion #Follow Friday, and #journchat and more — to its first panel on SaaS (Software as a Service) VoiceAmerica Talk Radio Network has asked ‘Cloud Evangelist’ Ben Kepes to […]

Talking with Kristof Kloeckner about IBM and the Cloud

With an enterprise-friendly combination of hardware, software and professional services, IBM should be well placed to work with wary CxOs as they try to understand the extent to which Cloud Computing makes sense within their own business. Announcements earlier this year, as I said at the time, seemed geared toward building and sign-posting an easy […]

In conversation with 3Tera's Bert Armijo

Continuing my ongoing series of conversations with Cloud Computing’s proponents, yesterday I spoke with 3Tera co-founder Bert Armijo. The result has just been released as a podcast, in which we talk about 3Tera, their ‘five nines’ SLA, and Bert’s perspectives on the rather fluid boundary between enterprise data centres, private compute resources outside the enterprise, […]

Microsoft‘s Ray Ozzie revealed the company’s Cloud Computing aspirations at their Professional Developers Conference (PDC) last October, when he unveiled Windows Azure. Intended – at least initially – to run in Microsoft’s own data centres, Azure is an integral part of the company’s efforts to retain and grow marketshare as aspects of their existing business […] 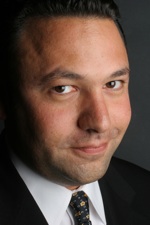 Balancing Platforms and Applications at Salesforce.com

With steady growth, more than $1Bn in revenue last year, and a PR-grabbing tour just getting underway, Salesforce.com remains a company to watch in the Cloud Computing space. As the New York Times‘ Ashlee Vance put it this week, [Salesforce CEO Marc] Benioff describes himself as ‘the Billy Graham of cloud computing.’ And last week, […]