In an attempt to sleigh dragons and battle demons (or maybe that’s the other round) I often go into battle to try and get some sense and scale into the marketing messages that I hear from PR. 2009 seems to be destined to be remembered as the year of the Platform – when every startup […] 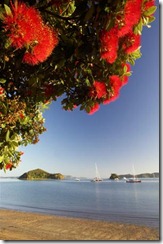 Adios – See You All Soon (ish)

Here in the Southern Hemisphere (that’s at the bottom of the globe for the more geographically challenged among you!), it’s summertime. That means vacations (we call them holidays), Barbecues (we call them barbies) and Sandy beaches (down here they’re often lined with Pohutukawa trees – that’s one of them in the image). After a year […]