I have worked the majority of my career from various executive suites. As a part of senior management I see many corporate leaders. I am unusual in that much of my early career was not climbing the corporate ladder through successive management ranks. I was an engineer who was happy doing engineering until some unusual […]

When does a corporation have an ethical responsibility to its customers? Is it right for a company to profit by encouraging customer losses? Some would say that a company’s responsibility is simply to comply with the laws and to return a profit….

When technology shifts occur slowly, dramatic changes in how we live take place. Electricity allowed us to work late at night as opposed to until sundown. But when technology changes are more rapid – we tend to force it to adapt to our defined norms – baby steps. [eventually this post will get to the […]

As they say, a picture is worth a thousand words – so here’s my 2k-word essay, straight from Chase Online: OK, that should be easy, let’s click to get that email: Oops – dear Chase, where’s my message? Of course on the week when the IMF and the US Senate gets hacked, GoDaddy goes down […]

The big story this week is the same as the big story for the past few decades – that cell phones may not be good for us. Specifically, cell phone radiation may cause cancer. This was concluded this time by a World Health Organization commissioned study…

Enslaving People Since 1967 … And Not Getting Any Smarter

I came across your website cloudave.com, and would like to propose a link exchange between your site and AlliedTime.com. Allied Time USA has been offering employee time clocks and time systems since 1967. Ok, so they’ve been enslaving people for over four decades.  If they had the slightest clue about what we do here, they’d […] 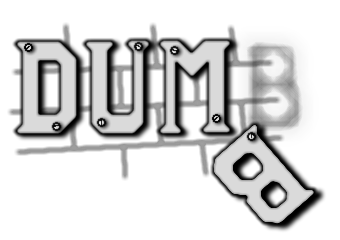 The best CRM system can’t help you if your sales / marketing team is clueless.  Here’s a ridiculous email I’ve just received.  Name removed to protect the (not-so) innocent X. Y. kindly requests a meeting Hi Zoli, In celebrating our 40th anniversary, I’ve been given the privilege to manage the relationship between your organization and […]