Relevance Of Open Source In A Cloud Based World: Boto And Google Storage

The Clouderati are still busy debating whether open source has any relevance in the cloud based world. This video is one such debate which you might be interested in watching. As I have told in the past, there are two schools of thoughts. One, lead by folks like Tim O’ Reilly, advocate the importance of […]

I have been using Amazon’s S3 product for a while now to manage gigabytes of my company’s information.  Naturally, in this time I have been looking for a tool which will assist me to accomplish this task with minimum fuss.  A few months ago, I came across a new tool called CloudBerry Explorer.  Upon first […]

Amazon just announced that they are offering a new service as a part of their AWS offering called AWS Import/Export. This service will help users move large amounts of data on to or out of Amazon S3. Even though we are in an era of Cloud Computing, our infrastructure is broken. The broadband speeds in […]

Managing EC2 Instances On the iPhone

By Krishnan Subramanian on February 27, 2009

Image via CrunchBase Ever since I bought my iPhone, I wanted to have an app that will help me manage Amazon EC2 instances through it. After I bought my iPhone, I have stopped taking my laptop and data card everywhere to manage any emergencies in any of the servers I manage. I use pTerm application […]

Living in the Clouds – S3 and Jungledisk

By Krishnan Subramanian on December 12, 2008

Image via CrunchBase, source unknown In this edition of Living in the Clouds Series, I am going to talk about two apps, one web app and a desktop app. The combination of these two apps is a very potent tool for anyone wanting to backup their data on the Clouds. Amazon S3 is the cloud […]

Jeff Barr from Amazon Web Service reports that Amazon’s Simple Storage Service (S3) is now storing more than 29 billion objects, an increase of 7 billion from the previous quarter: As one of the S3 engineers told me last week, that's over 4 objects for every person now on Earth! Our customers are keeping S3 […] 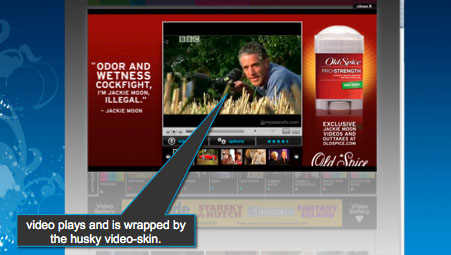 Crushing Bandwidth – One Cloud at a Time

Here at CloudAve we're constantly looking for new case studies that justify our love of all things in the cloud. I came across a really interesting post (by the way – big ups to Diigo who we use for our collaborative sharing tool) that is an excellent case. Heavy is a ad revenue company that […]