The Law of Attach Rates, And Why Partners Can’t Really Move the Needle For You (Directly)

I want to spend a little time on some learnings about Strategic Partners in SaaS.  First, let me be clear — to make it in SaaS, you’re probably going to need to achieve real success with Strategic Partners.  Because it takes a Village.  And because your partners will likely, through integrations in particular, make your […]

At the defrag conference recently, I took part in a few sessions that looks at the broader role of identity in a world were more and more people use cloud-based tools. One of the sessions was led by Pat Patterson, Principal Developer Evangelist at Salesforce. In his session, Patterson drew a picture of the history […] 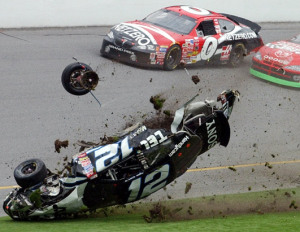 SaaS entrepreneurs shouldn’t need a TechOps team until they hit $20m in revenue. I’m willing to write a piece of the Series A check to whoever can really fully solve this problem so that TechOps becomes a side issue.