SAP Business Suite on HANA, Because Big Data is a Stupid Term

I spent a lot of time last year talking with vendors about big data and it’s ramifications for both the tech industry and the economy at large. Often these conversations centered around one or another vendor’s use of the big data term as the buzzword de jour, regardless of whether anything they do even vaguely […]

At the Workday Rising event being held in Las Vegas this week, Workday announced the latest version of its product, on top of which they held an analyst/influcner day that I was following remotely. I’ve got a few thoughts about the analyst day but first a recap of the news. 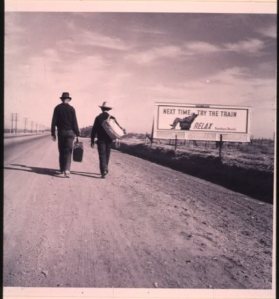 Yesterday it was announced that Shai Agassi, one of the most successful software entrepreneurs/executives of all time, had left Better Place, his latest company and incredibly aggressive plan to make electrification of cars work via replaceable batteries, after 5+ long years.  I never met him personally other than a handshake, but he was an electric […]

Strong words but, as I predicted, the announcements at this years DreamForce point to Salesforce firmly creating for itself the position of first true IT platform of the cloud era – that’s a lofty statement but a justified one I believe. From the release, here are the announcements:

Silicon Angle Interview–What’s New and News in the Cloud

While I was in Las Vegas a few weeks ago I took the opportunity to sit down with Alex Williams, Cloud editor of Silicon Angle, and Stu Miniman from Wikibon, to film a video interview. The interview cam at an interesting time – in the space of 24 hours we’d seen some large Cloud-related announcements […]

SAP, SuccessFactors, Ariba and the Brave new World of Mobile, Social and Cloud

Recently I spent a day in Sydney attending an Analyst day that was held alongside Successfactor’s SuccessConnect user conference [disclosure – Successfactors covered my travel and accommodation to attend the briefing]. Other than a few email and twitter conversations, it was the first deep conversation I’d had with folks from

A few weeks ago I was in San Francisco for a few days for NetSuite’s SuiteWorld conference [Disclosure: NetSuite funded my travel and accommodation to attend]. One of the announcements at SuiteWorld was that of CTO Evan Goldberg who talked about “Multi Book Accounting”, as my colleague Phil Wainewright explains; [multi book accounting is] for […]

Next week sees me winging my way, albeit briefly, to San Francisco to take part in the annual NetSuite user conference, SuiteWorld. It will be the third time I’ve been to the event, and it’s always a great chance to catch up with colleagues, talk with NetSuite customers and partners,

On the Modern (Social) Enterprise with John Wookey

Recently I had the opportunity to spend some time talking with John Wookey, one of the most seasoned software industry execs that folks outside of enterprise land will never have heard of. Wookey has an impressive history – formerly at Oracle, then poached by SAP to run their on-demand efforts

NetSuite and Oracle–Competition or Acquisition?

It’s plainly clear that traditional software vendors can no long rubbish this new breed of Cloud vendors. While once Oracle, Microsoft and SAP could pour scorn at the little pests sniping at their ankles – today we have some impressive vendors waiting in the wings who look increasingly likely to become the mega-vendors of the […]

The Future of (SAP) HCM Consulting and SuccessFactors – 2012

SAP recently released their first public product roadmap on their acquisition of SuccessFactors and I provided my initial thoughts in an article titled SAP and SuccessFactors Roadmap Analysis. A lot of people have reached out to me worried about the future and trying to understand what this means to the overall SAP consulting market.   In an attempt […]

SaaS for Agility, Lightweight as an Enabler

In a recent CloudU report, we talked at length about how an organization should approach a move to the Cloud and which applications they should pick as initial prospects for migrating. In the report we advised organizations to look at applications that; • Have significant interaction with external applications or services • Are