Private Clouds Must Be Agile

I recently read a well reasoned post by HP’s Cloud CIO Christian Verstraete. In the post Verstraete reflected on a Twitter exchange he’d had responding to the claims by someone that private cloud was a myth. The private/public debate has raged for a few years now and the two sides go something like this: Opponents of private […] 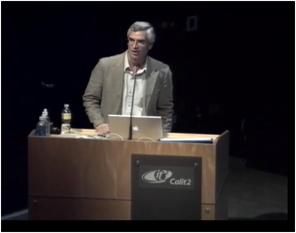 Jeff Rothschild, Vice President of Technology at Facebook gave a great presentation at UC San Diego on “High Performance at Massive Scale –  Lessons learned at Facebook“. The presentation’s abstract: Facebook has grown into one of the largest sites on the Internet today serving over 200 billion pages per month. The nature of social data […]

Can Social Media Customer Care Scale? Should it Scale?

Frank Eliason is a Comcast employee.   – how … uninteresting.  Frank Eliason is a Social Media Celebrity – how exciting. Both are true.   Frank is better known as @comcastcares on Twitter – he is the Customer Service Director who came up with the idea to use Twitter in an effort to improve the Cable Giant’s […]