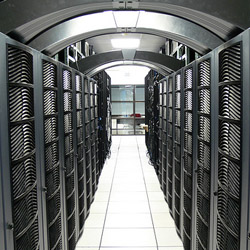 Nephoscale, a Silicon Valley based cloud startup, today announced a new IaaS platform that gives more power to the developers. It is a fault tolerant and scalable cloud services infrastructure that gives users more control over compute, network, and storage resources. They have come into the crowded infrastructure services marketplace with a quick and easy […]

Solve Your Scaling Problem With Scalr

Scalr, the Palo Alto based cloud startup, focuses on solving one problem and does it well. This service makes your scaling problem go away. Scalr is the low cost, open source alternative to Rightscale, the leading cloud broker used by companies wanting to use cloud infrastructure. Along with scaling, Scalr also takes care of fault […]

SaaS Application Architecture is a Good Fit for Enterprises

A Tale of Two Strategies

KashFlow went public the other day proudly boasting that it had reached the 2500 paying customer mark. This figure puts them at roughly USD700k revenue and, according to founder Duane Jackson, they’re already at breakeven point and meeting the costs of their ten person organisation. The KashFlow strategy is very much one of local immersion, […]