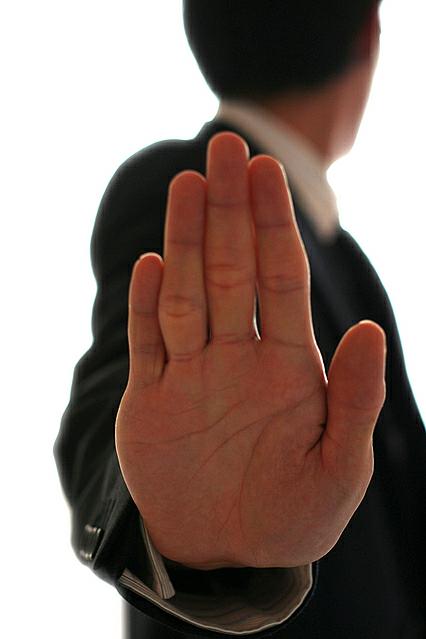 This is part of a series on sales & marketing.  The original post of this article on appeared on GigaOm in a more concise version here. I previously covered how early phase sales teams should be “evangelical” and consultative in nature.  As a tech startup grows it needs to develop more process & management if […]

We received so much positive feedback from our This Week in Venture Capital show walking through valuation calculations & term sheets that we decided to do a Q&A show this week to address topics that entrepreneurs want to learn about.  We will continue to do more of this. Click above to watch the show, and […]

Yesterday I wrote a post about top-down versus bottom-up thinking. There is a corollary to that advice, which is “doing the right things is more important than doing things right.”  Sounds simple but in practice I promise you most organization fall into the latter trap. Here’s how it goes: You have a business development group […]

I Want My CIC! – The Benefits for Startups to Be Co-Located

[if you’re not old enough to get the reference between this image and the title you can click on the image for a prompter] This past December I spent a week in Boston to try to get to know some of the local VC’s and entrepreneurs a bit better.  One of the meetings I had […]

The Power of “In Person” – Why Distributed Teams are Less Effective

People Management: Startup Teams Should Dip but not Skip

We all like to think of startups as “non hierarchic” organizations and to some extent that should be true.  I’m not a big believer in too much hierarchy.  A good early-stage CEO needs to be accessible, to be accountable for producing results and should be establishing the cultural norms of the company through direct leadership […]

Don’t Sweep Feedback Under the Rug

There are two things that have really surprised me in my years in “management” 1. How few people give their employees real feedback on a regular and formal basis 2. How much employees crave this information, whether positive or negative So my message to you if you work in a position where you have people […]

Last September I was on a panel with Guy Kawasaki talking about Twitter.  He said at the time that he Tweeted 4 times for every story that he wrote.  FOUR TIMES!  The exact same Tweet.  I couldn’t believe it.  His rationale was that he found that his audience was tuning into Twitter at several different […]

I’m typing this from the lawn of Alan Patricof’s “Greycroft” home in East Hampton – my first time in the Hamptons.  Greycroft is Alan’s venture capital firm that recently raised its second fund ($130 million) with offices in both New York and LA.  We learned this weekend that it was named after his East Hampton […]

The ability to ask questions effectively is one of the most important skills in business as is the ability to actively listen.  Yet as important as these two skills are they really don’t seem to ever be taught in school.  I wonder if more college students ought to take a journalism course for a semester […]

This Week in VC with Farb Nivi, Founder of Grockit

This was really a fun week at TWiVC because we decided to have an entrepreneur come and talk about raising capital rather than having a VC come on.  We had Farb Nivi, who is the founder & CEO of Grockit, a website that enables online group learning.  It’s always such a pleasure for me to spend […]

Often when startups who have raised venture capital need another round of financing they will turn to their existing investors to give them money before raising from outsiders.  This happens when the company has been making steady progress but hasn’t built enough “proof” to raise its next round of financing from external investors. The traditional […]

This Week in VC with Dana Settle of Greycroft Partners

Our guest this week on #TWiVC was Dana Settle, partner at Greycroft Partners, a venture capital firm with offices in New York and Los Angeles.  It’s always fun debating companies with Dana because she’s always so knowledgeable on deals – particularly those in the digital media, ad-tech and eCommerce spaces. You can watch the video […]

Learn to Say “NO” to Meetings

As a startup entrepreneur you’ll have many demands for your time.  Especially if you start to have a degree of success or build a high public profile.  Everyone will want you to speak at conferences.  Service providers will want to get to know you.  Potential employees want to “get together.”  VC’s will want to learn […]