I recently had the opportunity to attend a briefing with 16 bloggers at the SAP Labs in Palo Alto. It was a day and a half session covering Cloud, Mobility and HANA although Stacey Fish was kind enough to set up some 1-1 meetings with the SAP HCM team so I swapped them for the […]

SAP and SuccessFactors quietly launched the beta release of cloud payroll for USA, Canada, Mexico, UK, Germany, Switzerland, Netherlands, Australia, Brazil, and India for customers using Employee Central last week. I had the opportunity to get a briefing from SAP and SuccessFactors a few weeks ago and thought I would share my thoughts. Overview The […]

SuccessFactors follows a quarterly release cycle and their most recent update was released on July 27th. One of the things that struck me at SuccessConnect in San Francisco was the fact that although SuccessFactors is providing information on the updat…

I spent last week in San Francisco attending SuccessConnect which is the middle of three SuccessFactors events with the last happening this week in London in which fellow SAP Mentors Luke Marson and Martin Gillet are attending. I started by attending a ½ day analyst event which SuccessFactors did a good job of having high […]

SAP, SuccessFactors, Ariba and the Brave new World of Mobile, Social and Cloud

Recently I spent a day in Sydney attending an Analyst day that was held alongside Successfactor’s SuccessConnect user conference [disclosure – Successfactors covered my travel and accommodation to attend the briefing]. Other than a few email and twitter conversations, it was the first deep conversation I’d had with folks from 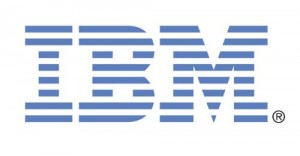 Emphasis on  “assemble”, as opposed to develop.  For years SAP and Oracle fought a religious war of acquire/assemble vs develop in-house.  SAP’s view was (even under the current Co-CEOs) that you can only get to a coherent, seamlessly integrated suite by development.  Apparently they have changed religion, borrowing a chapter or two from Larry Ellison’s […]

SAP Integration? Not what I had in mind

I couldn’t attend nor even follow the stream at Sapphirenow, but I picked up a few tweets on Integration. Well actually, Seb pointed one out to me. As much as I detest it, I’ll have to base this post on the limited info I retrieved – although I did browse the usual placeholders for SAP […]

NetSuite Welcomes SAP as Customer, even while SAP Swaps it for ByD

NetSuite is no stranger to aggressive marketing,  and SAP has clearly been their #1 target for a while starting from pranks like the SAP for the Rest of Us Party during SAPPHIRE 2006 to staging a shootout at the anti-SAP Conference or releasing edgy videos a’la Mac vs Windows and even launching a Business ByNetsuite […]

Next week sees me winging my way, albeit briefly, to San Francisco to take part in the annual NetSuite user conference, SuiteWorld. It will be the third time I’ve been to the event, and it’s always a great chance to catch up with colleagues, talk with NetSuite customers and partners,

Ever since SAP announced they were acquiring SuccessFactors there has been a lot of interest in the marketplace on the impacts to customers, partners and consultants. It appears that due to the timing of the merger SAP will use the upcoming SAPPHIRE/AS…

NetSuite and Oracle–Competition or Acquisition?

It’s plainly clear that traditional software vendors can no long rubbish this new breed of Cloud vendors. While once Oracle, Microsoft and SAP could pour scorn at the little pests sniping at their ankles – today we have some impressive vendors waiting in the wings who look increasingly likely to become the mega-vendors of the […]