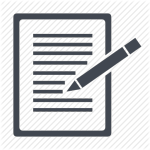 Write The Docs Bring Forth New Understanding From Documentarians @WriteTheDocs

The Write The Docs Conference was started in 2013 as a simple idea. Bring together those that write professionally in technical fields, creating documentation, educational papers, scientific research or other ideas of this nature. Several people got together to organize this, thinking that even a moderate turn out of writers would be considered a success. However a […]