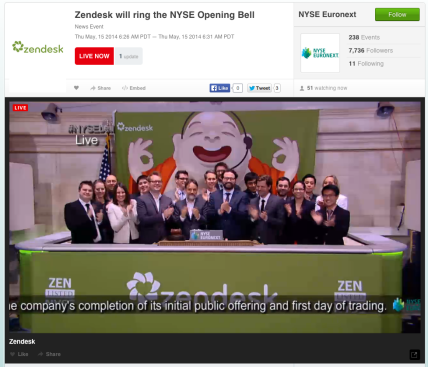 There’s a common bit of advice we entrepreneurs and execs always get:  worry less about the competition, and more just about growing your own business. It’s good, sound advice.  But man — it’s hard advice to follow.  Between your competitors’ 100 tweets about a day about however Everyone In the World Loves Them, their $50m […]

I’ve long said that one of the key benefits of cloud applications is the ability of vendors to aggregate and anonymize data from their users, and to offer this anonymized aggregated data back to users who can then derive insights from comparisons between themselves and other vendors. It’s an area fraught with concerns about commercial […]

Part of running an effective customer support operation is giving people access to documentation that helps them provide the quickest possible resolution to customer issues. In a rapidly changing world this is actually much more difficult as it sounds as approaches, procedures and specifications change rapidly. A new integration between cloud content sharing service edocr […]

Last month it was Salesforce buying customer support solution Assistly. This month it’s Oracle buying RightNow, a more mature, but similarly positioned player. The deal, worth around the $1.5B mark, fills the void that Oracle had in terms of customer-facing engagement tools. While Oracle does have CRM on-demand, this acquisition

Image via Wikipedia MindTouch (previous CloudAve coverage), the provider of Help 2.0 solutions, and Zendesk (previous CloudAve coverage), SaaS helpdesk provider, joined hands together to announce a product which will bring MindTouch’s social knowledge base solution to Zendesk customers for free. This will help businesses offer an even more satisfying customer service experience for their […]

Zoho Support: A Step Towards A More Integrated Suite

By Krishnan Subramanian on November 14, 2010

Zoho (CloudAve sponsor since beginning. See past CloudAve coverage of Zoho related news here) last week announced that they are releasing Zoho Support, a customer care solution integrated with their existing business suite. This is one of the applications long sought out by Zoho customers (Accounting app is another one I could think off) and […]

IT Management Made Simple With Zendesk And GroundWork Open Source

Image via CrunchBase Zendesk (see Ben’s previous coverage of Zendesk at Cloud Ave), an elegant and simple on-demand helpdesk tool, is now bundled with GroundWork Open Source (GWOS), a network monitoring appliance built on top of Nagios, to offer an enterprise ready IT Management tool. Enterprises are still reluctant to embrace SaaS wholeheartedly. However, we […]

Admit Your Frailty and People Will Respect You

So Zendesk (more on them here) had a bad day. Their Worst Day Ever. CEO Mikkel Svane’s face paints a picture: To quote from his post: …a planned hardware maintenance with our service provider exceeded the one hour service window with a whopping three hours. Monday morning we experienced unusual high email traffic, which tipped […] 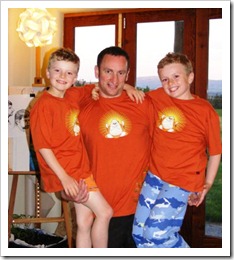 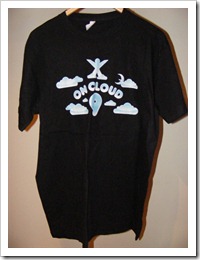