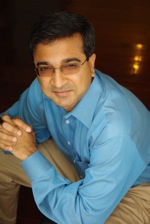 Zmanda CEO Chander Kant talks about Backup and the Cloud

Chander Kant is Founder and CEO of Zmanda, a provider of Open Source backup solutions that exploit the capabilities of Cloud storage services (such as Amazon’s S3) to supplement the traditional on-premise backup practices of their business customers. I spoke with Chander recently to learn more about the company, and to understand the particular issues […]